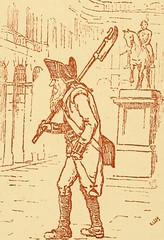 “Get into selling and make your fortune” the headline seemed to shout at me from the classified page. It went on to explain how anyone could become rich by learning how to sell.

As a gullible young man just out of Military Service and looking for a job, I was hooked on the idea of a sales career despite suffering from a general lack of confidence. On top of that my near panic at the thought that now I had to survive in the big outside world on my own.

No morning bugle call to kindly let me know that breakfast was being served. No more shouting in my ear about the condition of the nice suit of clothes they give you to wear.

Even worse, no more free meals and a bed, the reason I joined up in the first place. I had become institutionalised. From that point forward I would need to think for myself for the first time in years.

Solely on the merits of my Military discharge papers, I landed a job as a trainee salesman with a well-known office machine manufacturer. They kindly sent me to sales training school for a whole month after which you are supposed to be a whiz at selling. Not so for me, because after a couple of months I had managed to sell nothing.

Hugely embarrassed and demoralised, I resigned. However, I continued to hold to the belief that “selling can make your fortune”, perhaps because as a kid I had been quite a successful street urchin.

My ideas about selling as a career were reinforced when by chance I read a news item about a janitor who became a commission salesman and within two years bought the apartment block where he had been the janitor.

I must try again to become a salesman, and I did without much success. Most of the direct selling outfits simply gave me a pre-typed script to learn. I tried the scripts, but several of my prospects simply asked me how long had I been doing the job. One even asked me why I was speaking so unnaturally, I wasn’t aware of it.

Perhaps I could learn to sell by trying retail in-store sales, I pondered. So moving on to the retail job circuit I secured a job as a trainee. My new boss had a store for each day of the year 365 stores. He sent me as a trainee to a store where I was asked to push the sales of some fridges that had no motors.

I was astonished. How can a fridge have no motor? I asked the store manager for a brochure that might help my understanding of a fridge with no motor, so he dug around under the counter and thrust a bunch of grubby papers into my hand.

“You’re supposed to sell them, not read about them” he complained.

Anyway I did read about those fridges, and discovered that they functioned by a heated element instead of a motor. The electrical energy consumption was less than an ordinary light bulb. I found it all quite strange, and simply voiced my amazement about them to everyone who entered the store. Not as an intention to make a sale, but simply because I was actually very impressed with the technology.

However, a strange thing happened: People started buying fridges. Each day more people came to me to ask about them and more sales resulted. Weekly deliveries of fridges to this single store out of 365 stores alerted the Head Office due to the unusual delivery rate.

Incredibly, the company extended the premises to accommodate more fridges. I have often wondered how they filled that new space when I moved on to pastures new.

Since then I have successfully sold just about everything under the sun, including double glazing, windows, home improvements and several years in Life Insurance. I learned some truly fascinating secrets on selling and how to sell effortlessly.

As a beginner you need to learn the two most important ingredients for selling which if mastered will enable anyone to be proficient in sales: Enthusiasm and Product Knowledge. The third ingredient will be borne of the above two which is “confidence”.

Armed with enthusiasm for a product and thorough Product Knowledge, you will surely gain confidence. Most of your prospects will not see you as just another sales person but as an expert they can trust. Why will they trust you? Because as you should have discovered yourself in life that it is always apparent when someone knows what they are talking about, You know instinctively when a person is telling you the truth. You also learn to know instinctively when someone is talking nonsense.

Now here is a truth: People will only buy from those they trust.

Truly “Selling” is easy, when you know how. Naturally, I moved up in my sales career and bought my own stores. Selling the very product I found impossible to sell just a few years earlier, Office Machines.

I can never forget a major sale I made a few years ago to the Managing Director of a large corporation. He bought a very expensive product and gave me his company cheque there and then without question.

However, just as he was leaving he mentioned that one of my competitors WGS was selling the exact same product at ten percent less. Being a bit puzzled, I asked him why he did not buy it from WGS.

“Because I preferred to buy from you” He replied.

There you have it, as you must surely know deep down, even from your own experiences: People will only buy from those they trust. You will only earn their trust by learning all that you can about the product you want to sell. Become an “expert” in the product and you will also become a super-sales person.

When you are able to talk naturally to your prospects you will also be able to answer all their questions with enthusiasm, without hesitation, and they will be impressed by your product knowledge.

Harry S Richards former salesman founder of Beaufort Projects UK. Learn more from his experiences at: http://www.beauforts.uk.com Harry also runs a Trade MART at http://www.themartuk.com. Feel free to reprint this article as long as you leave the authors copyright and the links in place. Newt Gingrich wants to keep illegal aliens in this country so their children can work as school janitors.

Following his proposal last week to fire school custodians and turn their work over to children — child labor laws are “stupid,” he says — Gingrich played the “humane” card at the CNN national security forum.

It was a Rick Perry moment for the Georgian, who disingenuously asserted that no “humane” immigration policy would “break up families.” You’ll recall what happened when Perry tried that sanctimonious approach.

In fact, Gingrich’s position is founded less on humanity than on fuzzy thinking and ethnic pandering. Always the clever rhetorician, his meandering discourse on illegal immigration was an attempt to justify his vote for amnesty in the 1980s — a position that he holds to this day.

He sounded like John McCain — cranky and jingoistic — when he blustered about Iran.

“We can break them in a year,” he vowed.

Then, returning to the kinder, gentler Newt, he called for budget cuts in defense.

But don’t worry, neocons. Gingrich’s tenure at the globalist Council on Foreign Affairs will always have him toeing the internationalist/interventionist line.

By contrast, Jon Huntsman made eminent sense on Tuesday night’s 2012 presidential election. More than any other candidate on the stage, the former Utah governor clearly articulated the need to fix our own crumbling political system before shopping “democracy” abroad.

The former ambassador to China came off as less extreme than Ron Paul and far more reasonable than Gingrich, who alternates between glibness and bellicosity — neither of which is endearing or attractive in the long run.

Of course, Huntsman has his own explaining to do in regard to his service for Barack Obama and his issuance of driver’s licenses to illegal immigrants as Utah governor. But, for the first time, Huntsman at least showed he can compete effectively on the debate stage, if moderators afford him equal time with the presumptive front-runners.

For all his supposed smarts as a Ph.D. holder, Gingrich and his spiel are getting old. Look for his bump in the GOP polls to flatten and fade after the immigration issue blew up in his face during the 2012 presidential election debate.

The tea party is over for Newt. In reality, it should never have started.

The original article by Kenric Ward was published in Sunshine State News on Nov. 23, 2011. Sunshine State News focuses on the relationship between politics and business in Florida, speaking to an audience of lawmakers, lobbyists, business and opinion leaders, and all Floridians who expect their leaders to make common-sense decisions. SSN fills a void as the only Florida news outfit that believes free-market, less-government solutions will address the problems challenging our state. For more Rick Scott News or coverage of the 2012 Election, visit Sunshine State News. Contact Kenric Ward at kward@sunshinestatenews.com or at (772) 801-5341.