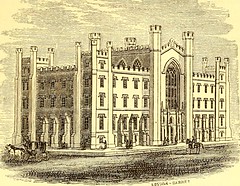 Ariane is a college student in a large Midwestern university. She is enjoying her junior year in college. She lives in a small apartment just outside of campus. Since in college, she has had a number of different roommates. All have since moved on to different places. She is currently searching for a new roommate.

There have been plenty of potentials, but she has not found the right one. One day she met a young lady who was a freshman in her college. They began to talk. Araine asked her where she was from. Low and behold she was from Arianes hometown. She said she was looking for a place to live, while she attended school. Ariane invited her to see her apartment. The freshman liked where Ariane lived.

The two saw no problem in becoming roommates. They became close friends. They shared the expenses and responsibilities. They also respected each others privacy. Everything was going well. One day Ariane was looking for a watch that her parents had given to her as a gift. She could not find the watch.

She finally gave up the search. She figured she had just forgot and left it somewhere. As time went on, a few more things seem to vanish from the apartment. Ariane reported all the missing items to apartment security. She began to suspect her roommate. She thought to herself, this did not start happening until her roommate moved in.

She confronted the roommate about the missing items. The roommate denied taking the items. She was furious that Ariane had accused her of such a thing. The relationship was starting to deteriorate. The two began to believe that living together was no longer a good idea. The roommate was about to move out.

One day while in class, Ariane was summoned to the apartment security office. When she got there the person in charge asked her if she reported some items missing. She said yes. He pulled out some items in a box and asked her if she could identify them. They were all her missing items. She made positive identification on all of them.

She asked the security officer how they were found? The guard said there was a janitor who had somehow gotten access to a master key. He was taking small things from different apartments for possible resell. He said the janitor was fired, arrested and charged with burglary. He also told her a project was already underway to have all locks on the apartments changed.

At that moment, all she could think about was the roommate that she accused of stealing. It was a terrible feeling. She took her things and hurried to apologize to her roommate. This was the day she was supposed to move out. She hoped they could be friends again. When she got to the apartment the roommate was gone.

She left a note. It said, that she really did not take the missing items. She also said, that she was moving back home. She wished Ariane good luck with her college studies. Ariane felt as small as an ant.

There was a perfectly great person whom she accused of being a thief without any proof. Getting proof is the only sure method of solving a crime. False accusations can be very damaging.

Accusations should only be made after you have solid proof of who committed the crime. Even then the proper authorities should examine the evidence. Getting evidence is not always easy, but it is the only way to prove guilt beyond a shadow of a doubt.

Johnny A. Jenkins, Distribution Director of Repeller Technology, has a huge selection of hidden surveillance equipment, tips and advice to fit most situations. Make your surroundings safer for you and loved ones today at: Repeller Technology.

Few of us would deny that cleaning a home is hard work.  It is often physically difficult, it is, by its very nature, messy, and it is incredibly time-consuming.  For many of us, it is also a chore that we have to do after we have spent a full day at our professional job and handling our other family responsibilities.  Cleaning house after you are already tired from a long, taxing day can seem like an incredibly daunting task.  However, it does not have to be.  More and more working parents and career professionals are looking to maid services in Richmond to help them with the responsibilities of cleaning house.

For most people, the first question when deciding whether or not to hire maid services in Richmond is whether or not it is affordable.  The only way to determine that is by consulting your household budget.  If you do not already have a concrete household budget, you should consider making one to help you with this important decision.  Take the time to sit down and really look at your expenses.  This may be a good time to find areas where you can cut out some unnecessary expenditures.  For example, you may be able to do without that pricey coffee from the coffee shop or a fast-food breakfast each morning.  However, try to be realistic when you are trimming your budget.  You may cut out some “luxury” items, but do not expect to be able to drastically reduce your utility bill or food costs.

Once you have a sensible and practical budget, then you can begin the task of finding cost appropriate maid services in Richmond.  You will probably be able to eliminate some services with a quick phone call or a glance at their web page.  Many services will tell you their lowest, starting price, and, if this price is not within your budget, you can quickly eliminate them from your list of candidates.

When you have narrowed your list down to a few maid services in Richmond, ask these services for an accurate estimate for the cost of their services.  You need this estimate to be as exact as possible.  This means you need to make sure that it is based on your specific home and your specific needs.  An estimate based on a home that is similar to yours may not be that accurate.  Furthermore, you need to make sure that the estimate covers all of the particular services that you need.  For instance, some cleaners charge extra to clean and change bed linens.  If this is a service you need, make sure that it is included in the price you are quoted.  In addition, remember that the cost for maid services in Richmond will change depending on how often you need service.  This is another area where you may be able to find some wiggle room in your budget.  If you find a service you love, but having them once a week is too expensive, consider hiring them to come twice a month instead.

If you need a maid services Richmond, do not hesitate to contact The Green Cleaning Authority as they offer professional advice and solutions to all your cleaning problems.