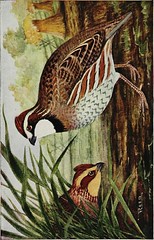 Halloween is quickly approaching and it is natural for our thoughts to be turning towards what costume we will wear for the upcoming holiday season. Some women seem to always have a problem picking the right costume for Halloween. Let’s take a look at whether the French maid costume is the right choice this holiday season.

The French maid outfit got its start in the 19th century as a takeoff from the servants outfits that were used in France. They evolved into being used in burlesque shows and in plays. This led to the tremendous popularity of the outfit. Often in the burlesque show, the person wearing the French maid outfit would engage in flirty behavior with the master of the house giving the naughty reputation to the outfit.

Most recently, Jennifer Aniston made the French maid outfit popular in the movie Friends with Money where she dressed up as a French maid and vacuummed the house and used the feather duster. This led to frisky behavior between her and her boyfriend. On top of the movie, the costume became even more popular when she wore this in the TV show 30 Rock.

The French maid costume is a perfect choice for just about any size woman because it is flattering no matter what your shape or figure. This is because you have the choice of choosing different tops and different bottoms and it is all covered up with a white lacy apron. You have the choice of a short-sleeved top or going shoulderless.

I happen to like the French maid costume because it is universal in that it can be used not only for Halloween but also for romantic playtime or for just about any costume party you might go to.

Add a finishing touch to your sexy costume to make it really sexy, flirty, and naughty. The pink French Maid is sexy yet innocent all rolled into one. There is something so mysteriously sexy about a French Maid costume that it actually makes you feel good to wear one. French Maid Plus Size