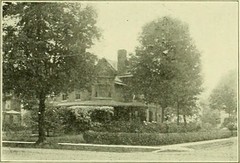 The misunderstanding behind duplication may be the single biggest reason for the failure rate in our industry.

Well by now you know that my passion is taking our teeny tiny success rate of 3% and putting together powerful systems to explode that number, so I am sure that I have your attention. The most powerful concept in MLM is the power of duplication. The process of getting more people to do the same process and the business grows exponentially as a result. However as many of you know, it is rarely the case that duplication actually happens, and when it does, it duplicates the bad habits, not the good ones. Let me explain…

Let’s take Jim, he is a successful car salesman and has been in the business for 10 years and has a huge book of clients that he keeps in touch with. And Jim makes his list and begins introducing all of his contacts to the business, and he actually signs up George in the process. George is a single guy, working as a janitor at the dealership who has two other janitor friends he drinks beers with on the weekend. Jim is his upline, and has begun building a business by making a list of friends and family, and introducing them to the product, and his business has begun to grow a bit, so of course he tells George to duplicate the process and his business will grow.

Well George isn’t a salesman like Jim, and he doesn’t have a 10 year contact list like Jim, so how does George end up doing? I am sure you already know the answer…he talks to his two buddies at the bar who tell him he’s an idiot for signing up for a pyramid scheme and George starts hiding from Jim at work so he doesn’t have to tell him he wants out of the business.

My example is totally fictional, but I am sure that you can relate. Can’t you? I know that I can…and here is where our beloved MLM industry drops the ball with duplication, THEY TELL US TO DUPLICATE THAT WHICH ISN’T DUPLICATABLE. Systems are duplicatable, however telling someone to build a list of friends and family and they will succeed isn’t duplicatable. So I want to introduce you to a concept that a friend of mine coined…

Devon Brown coined the phrase and it is what we are actually after, keeping duplication simple. The idea is to simplify the duplication process and reserve it to that which can be done by everyone. It is designed around producing a system that provides the same results for people, no matter what their life experience, sales ability, contacts, friends and family, or any other variable that we can’t count on. If you intend on building a giant MLM business, which if you are reading this I know you are, than you must have systems that are duplicatable. Let’s try that example again, except this time with simplified duplication at work…

Jim is a successful car salesman and has been in the business for 10 years and has a huge book of clients that he keeps in touch with. Jim decides to build his MLM business and he begins introducing his warm market contacts and some cold market contacts(people that respond to his marketing system) to the Agent Triple S system he designed. He signs up George through this process and George likes the company as well. Jim shows George how using this system he can introduce his friends and family, as well as some marketing material that allows him to find others that are interested and George goes to work. Both of George’s bar buddies laugh at him and tell him to get out now.

George decides to invest a little money and time consistently to market his business. Two years later he has left the janatorial position, and both of his friends are now wanting to join the business because they see George enjoying his path to MLM millionaire.

Sure the story is a goofy example, but see the power of simplified duplication at work. Rather than relying on George becoming another Jim through duplication, all Jim needed to do is rely on George using the same systems that Jim did, and George was able to have the same success even though he was a completely different person with different skill sets. So no matter what your company, product, or comp plan, you must find a way to systemize the business building so that it truly becomes an example of simplified duplication, and watch your business take off!

Interior designing has never been one of my strengths. When I was still a kid, I would find it difficult to decorate my room to look as welcoming and cozy like my sister’s, but with no success. Everyone has something they lack knowledge on: interior designs are mine. Luckily, I’ve found a close friend that is more than willing to share with me everything he knows about home design: the world wide web!

Interior design isn’t just a profession that “makes rooms and places pretty  it takes much more than that. Designing and examining blueprints, environmental analysis, environmental lighting and basic plumbing and pipe structure are all different facets of interior design that you will need to understand and be good in.

Designing and blueprints are widely-used when there are huge modifications to be made to the area or structure you’re redesigning. You will have to learn how to draw up blueprints of the entire structure and you need to know how to read and understand the original prints. Once you can read the blueprints, you will have to examine the info to enable you to plan ahead. You need the ability to create and move space in a certain environment so that you can cause minimal disruption to the environment. The same goes with the lighting of the structure: you will have to have basic lighting knowledge so that you can incorporate lighting into your interior designs and ideas.

In case you are adding or changing anything in bathrooms or kitchens, you have to take the plumbing into account. If you are planning to chop-and-change, the plumbing will need to be modified as well.

Interior design aids clients with their decorating, building and remodelling requirements. Having the necessary skills, like the ones mentioned previously, they are able to make architectural, plumbing and electrical decisions effortlessly. Interior designers will have offices, but will use the customer’s location as their work place, for apparent reasons. They can be located at houses, schools, offices, libraries, restaurants as well as other public and private locations, based upon their tasks.

Since interior designers are specially qualified, they’re very knowledgeable about all of the facets of design and decorating. Having an experienced designer to assist you with your redecorating purposes ensures there will not be any pricey mistakes made. Besides this, designers often also receive discounts from certain retail shops and these discounts get passed on to the client. Interior designs and designers are an industry or field to look into if you enjoy decorating all day every day, every day!

For more information about interior designs visit the website http://www.hanlie-claasen-interiors.co.za